What Makes Hyderabad the Best City to Live in? 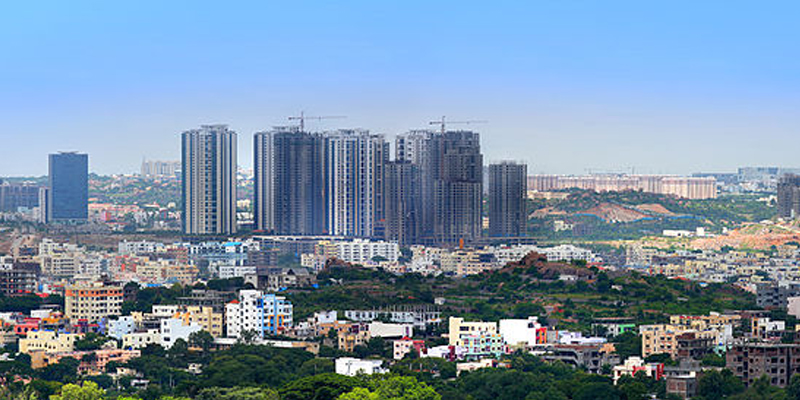 What Makes Hyderabad the Best City to Live in?

Hyderabad – a city that has more to offer than any other

In India’s metropolitan cities, where property prices are sky-rocketing and creating a real-estate bubble, thereby making it increasingly difficult for people to own a house, Hyderabad still is one of those metropolitan cities where you can enjoy reasonable property rates while growing consistently and sustainably. The city is experiencing a promising growth with people and companies investing in properties for many reasons – including various schemes being launched by the government and a number of start-ups sprouting in the city that attract talent from all over the country.

Hyderabad is one of the few cities in the country that has been prepared for growth, with well planned infrastructure. Most metropolitan cities in India did not foresee exponential growth, resulting in the cities’ current infrastructure enduring more than twice its capacity. But, with forethought, Hyderabad has avoided bursting at its seams. With the Outer Ring Road (ORR) embracing the city, Hyderabad has been able to spread its wings and experience structured growth as opposed to the haphazard expansion of other cities. The ORR of Hyderabad now connects more land parcel hence making it possible for suburban developments. Additionally, the upcoming metro rail promises to improve an already solid infrastructure.

The city is growing into a hub for start-up companies as land prices are low when compared to neighbouring cities like Chennai and Bangalore. It is more economical to buy land in this city and start a business of your own (or to rent office space). Moreover, a start-up is more likely to be successful in a city that is still growing than in cities that seem to have reached a saturation point (in terms of space and the possibility of growth and expansion). With pocket-friendly rates, the talent will come at a reasonable price as opposed to cities where high cost-of-living makes talent expensive.

Well-developed and maintained pretty well, Hyderabad has a large number of IT companies that have set camp. As a result, the city is witnessing a major influx of employable people from various parts of the country. This has led to a rise in the number of apartments and independent houses being built. The pleasant weather of the city has helped in its growth. Real estate in Hyderabad is where you should invest, for it will only fetch major gains in the future.

Cities like Bangalore never dreamt of growth and expansion. They did not envisage a future where water beds won’t be enough to meet the needs of the millions of people moving in, and did not install underground pipes to route water from surrounding rivers into the city. As a result, the cities’ municipal corporations have to resort to supplying the residents with water from bore wells.

Hyderabad, on the other hand, has a steady supply of clean drinking water from rivers that flow nearby, and does not have to depend solely on digging out water from under the ground. It also supplies continuous running water to the 87 lakh people that call the city home.

Hyderabad was a Nizam’s city with Charminar as the sole focal point. In the past few decades, the city has grown to be one of the most sought-after locations to work and to live, with multiple focal points and ecosystems developing to accommodate the growth.

Excellent connectivity, coupled with brilliant roads and competent public transport, has attracted people to the City of Pearls to earn their living and raise a family. Hyderabad is surrounded by major national highways that make it easy to travel to other cities.

Compared to other cities in India, the cost of living in Hyderabad is still economical. The growth of the city as one of India’s premiere IT hubs has not blown the cost of property and other amenities out of proportion, making it one of the best cities to live and work in.

Hyderabad is home to the young and aspirational crowd of India. This has given birth to a number of places where one can go for entertainment and relaxation. The pubs and lounges in the city host some of the best parties in the country, while microbreweries cater to those who love their beer.

The city has a rich culture of fine arts that finds patronage in the large number of art enthusiasts that throng the galleries. Hyderabad’s local cuisine has admirers worldwide, and the people’s taste for the new has prompted the rise of eateries catering to various cuisines in the city.

In the last few years, Hyderabad has experienced unprecedented growth, with the city being heralded as one of the major IT hubs in the country. A land of promises, Hyderabad is the city to live in.

1 people reacted on this